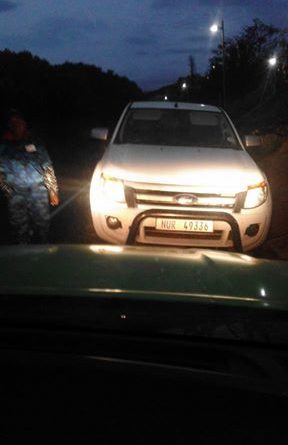 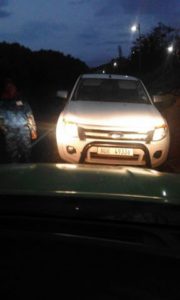 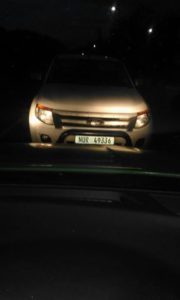 Armed Robbery foiled at Eastern Shores on South Beach Road La Mercy. 4 x Black Male suspects accosted guard and forced him to lie down in the guard room. Guard conspicuously contacted the control room via his cellphone as his two way radio was taken. The quick dispatch of Dolphin Coast Vehicles and their rapid response led to the recovery of a Ford Ranger at the exit to the premises. suspects jumped off the vehicle and got into a getaway VW Polo reg ND 70….. . Vehicle and suspect fled at high speed and was pursued by DCSS. No injuries reported.